Last year, one of FireBoard’s electronics suppliers sent CEO Ted Conrad an email with an introduction to another Kansas City based hardware / technology company, Bryght Labs.  With hardware based startups being hard to find in KC, the connection seemed to make sense.  “By being able to talk together, we can share ideas on supply chain, marketing, legal and other hard issues facing small technology companies.” says Ted Conrad.

Kansas City is really an ideal place where a producer of smart thermometers like FireBoard can build a relationship with a connected gaming startup like Bryght Labs.  Although FireBoard and Bryght Labs have widely different products, the two companies share many of the same challenges with shipping hardware to consumers and supporting wireless smart devices.  For a deeper look and to purchase Bryght Labs’ smart Chess game, visit their website here and use discount code “FIREBOARD”.

Bryght Labs premier product is ChessUp, a connected chess board that aids players with its LED illuminated playing surface.  Players can play games guided by the device with a variety of assistance.  Single players can also play against the device, or opt to compete in online play. Bryght Labs also developed a robust companion app for the game board that intuitively guides players through settings and options. Click here to learn more about ChessUp. 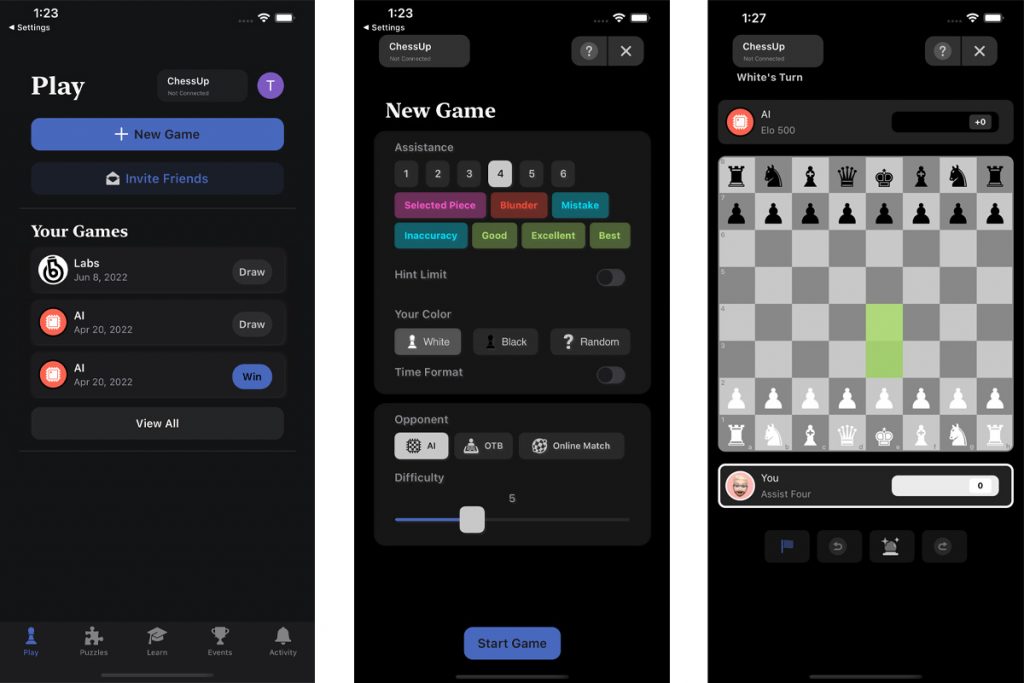 Play Screen: Access previous games for analysis or create a new game here
New Game Screen: Set the conditions for a new match. Challenge the Ai, a friend across the table (or across the world), or play online chess on a real chessboard
Game Screen: Play on the app or keep track of your moves on the board in real-time 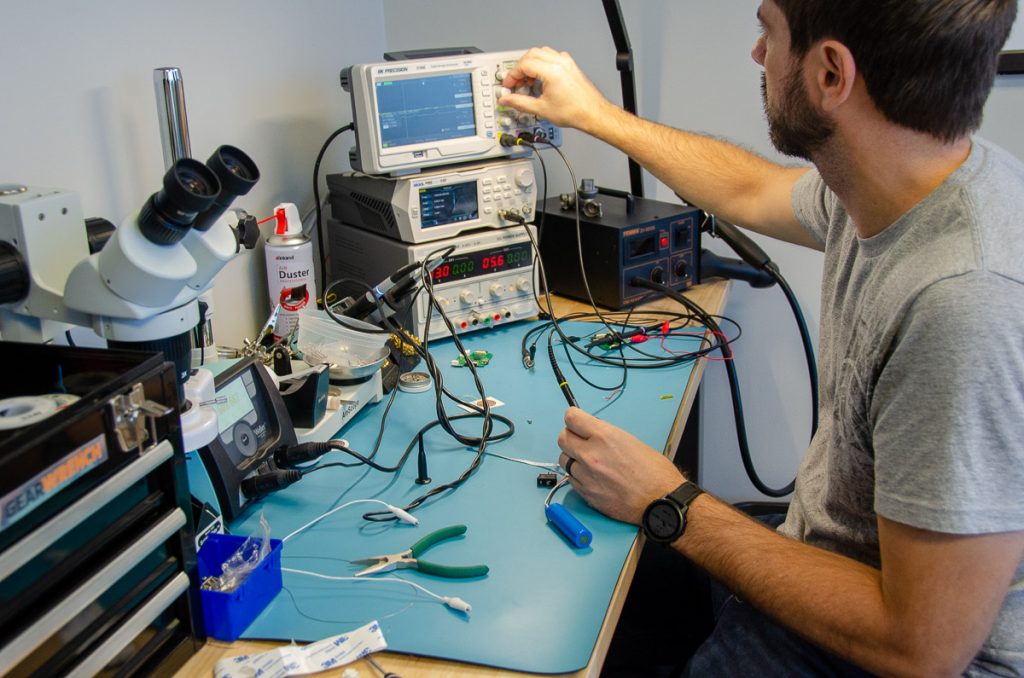 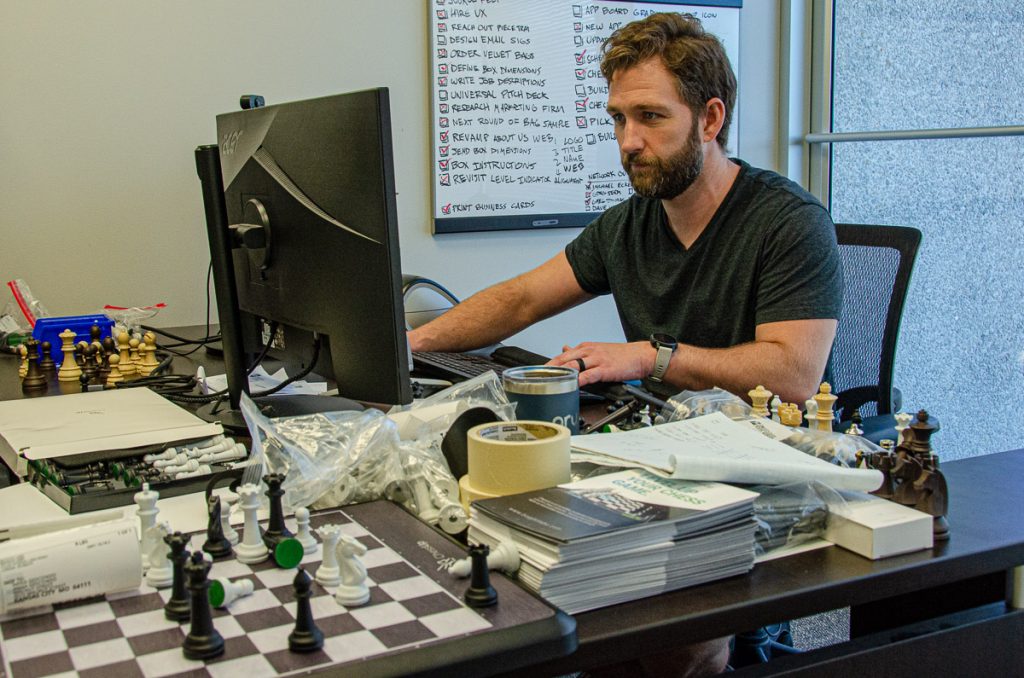 In 2019 Wigh left Garmin to pursue an MBA from the Massachusetts Institute of Technology. Shortly thereafter, Roush and Farrell began collaborating with Wigh on evenings and weekends. 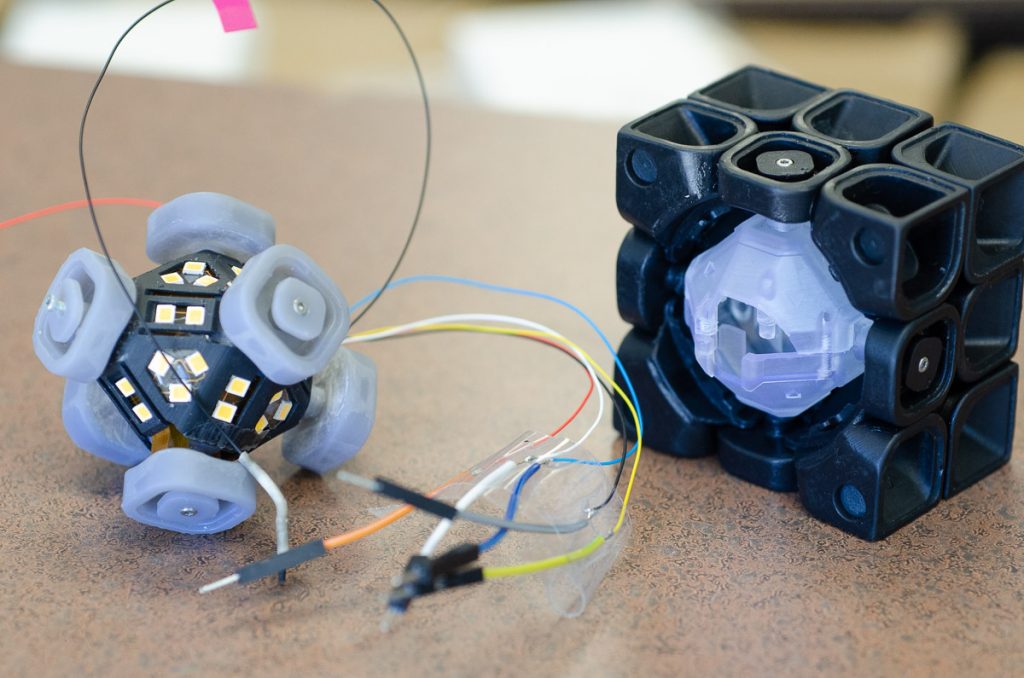 This is when the trio began developing a smart Rubick’s cube.  Unfortunately that LED adorned beauty has not yet made it to market.  However, the time they spent on 3D printing and making custom PCBs for the cube project proved to be valuable experience in prototyping ChessUp. 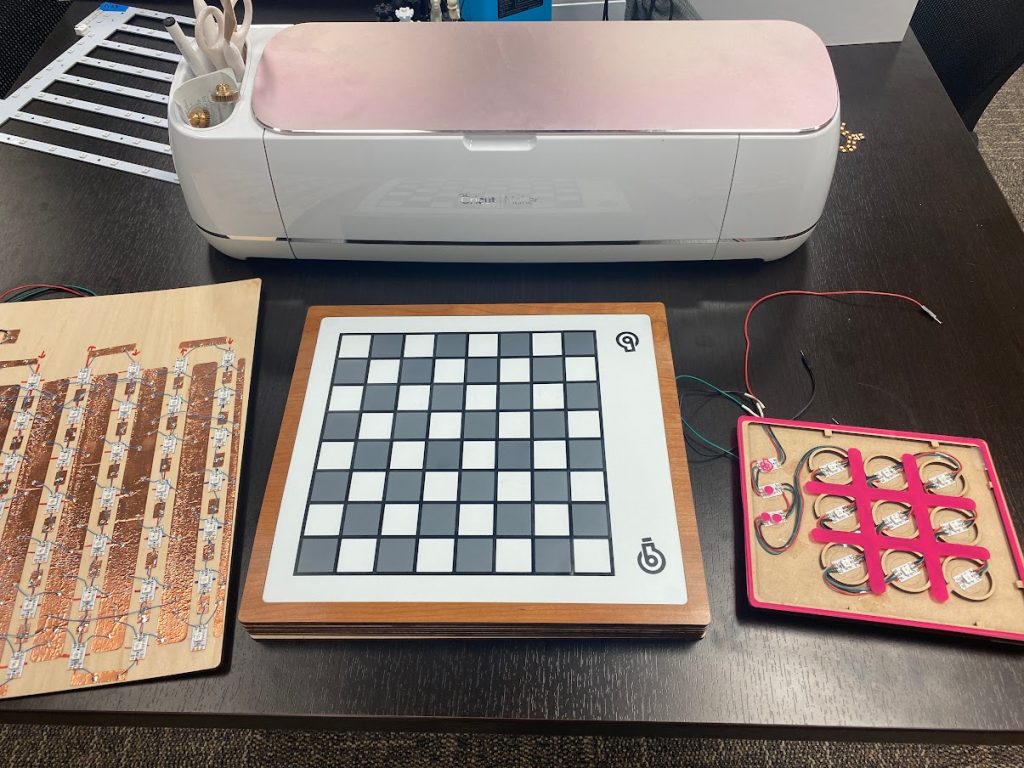 ChessUp prototypes and the Cricut that was used to make them.

The pivot to chess came at a time when Jeff was trying to teach his daughter chess.  He found himself faced with two choices “do I let her win, and she won’t learn?  Or do I beat her, and she won’t have fun?” a conundrum parents everywhere can appreciate.

“We set out to develop a product that could make learning and improving at chess more intuitive and more fun” Wigh explains. 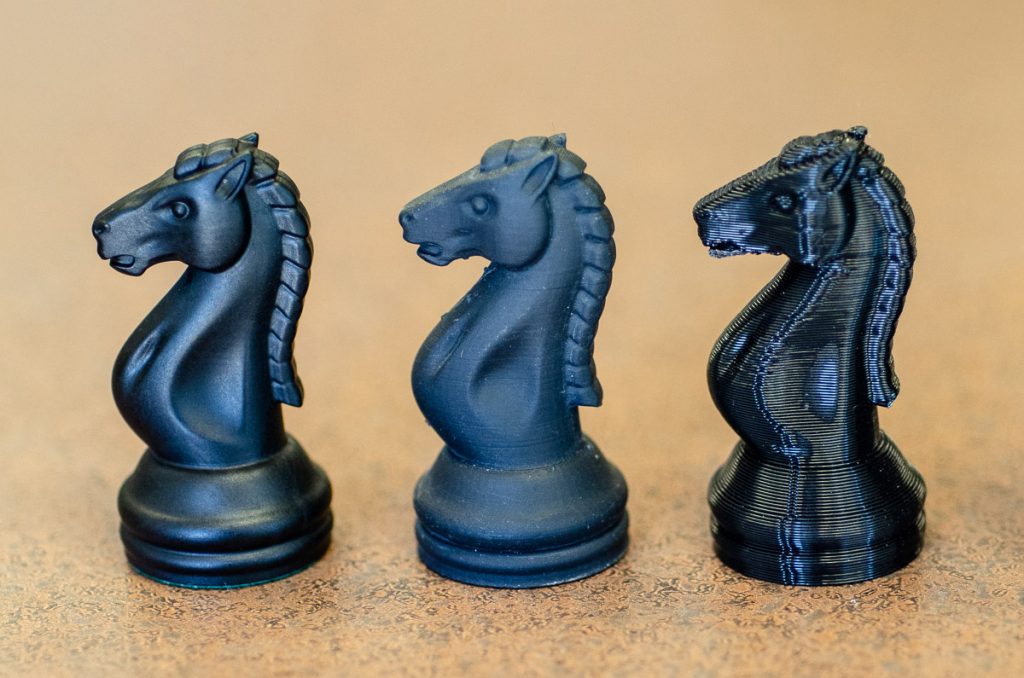 Evolution from prototype to mass production. The center and right knights were printed and the left knight is the final product that comes with the ChessUp set. The pieces do have a proprietary sensor in them.

With renewed focus the guys started prototyping game boards.  Early on was a tic-tac-toe board.  This was a proof of concept, testing the function of their game board surface on a simplistic scale.  Chess boards followed soon after. 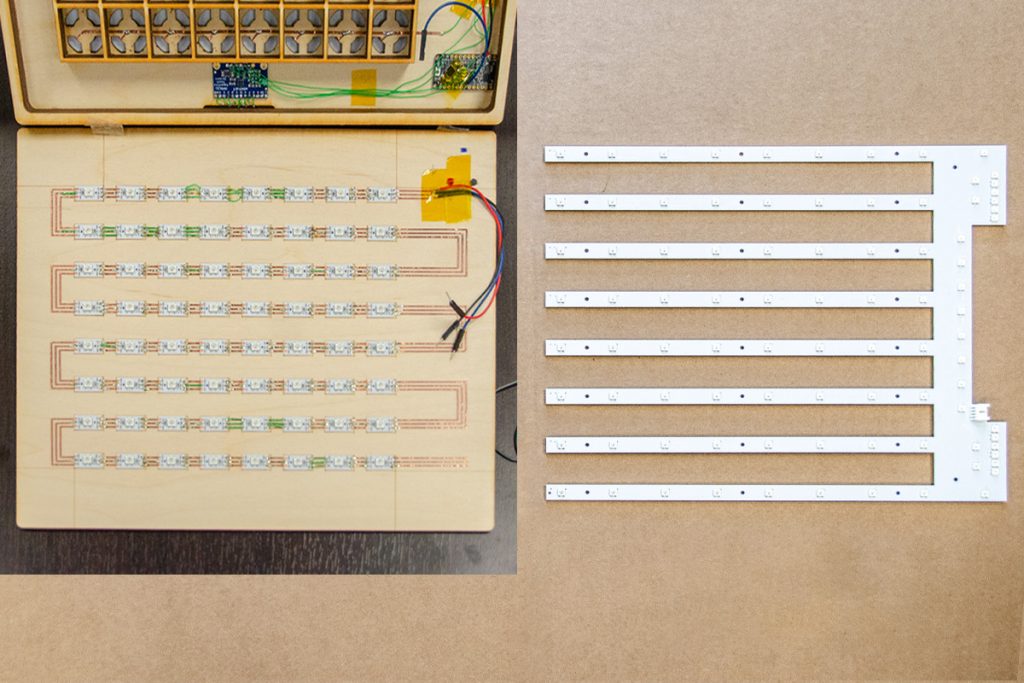 ChessUp’s LED array. The prototype as created with a CriCut, left, and the final production ready version at right.

First out of wood, then 3D printed versions.  After a few months, they felt they had something ready to bring to market.  In March of 2021 they initiated the Kickstarter campaign for ChessUp.  Response was so great that Adam and Justin left Garmin to work at Bryght Labs full time. 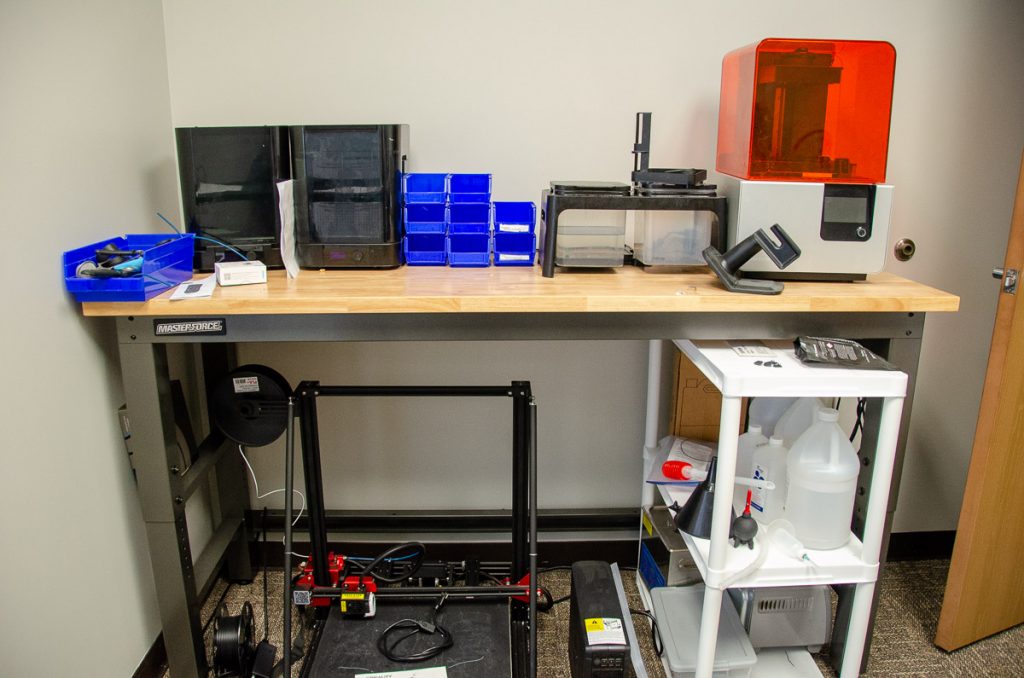 Mass production of ChessUp is now complete and shipping out to customers.  The three co-founders, product developers by trade, have adapted to fill the numerous rolls of a small company.  Packing boxes, answering support emails, coordinating global logistics and making sales calls.  The team is doing what it takes to bring ChessUp to the world.  Click here to order one of their connected chess boards, and it will be hand packed by one of the inventors.  If you do decide to order a ChessUp, using the discount code “FIREBOARD” will give you a 10% discount. 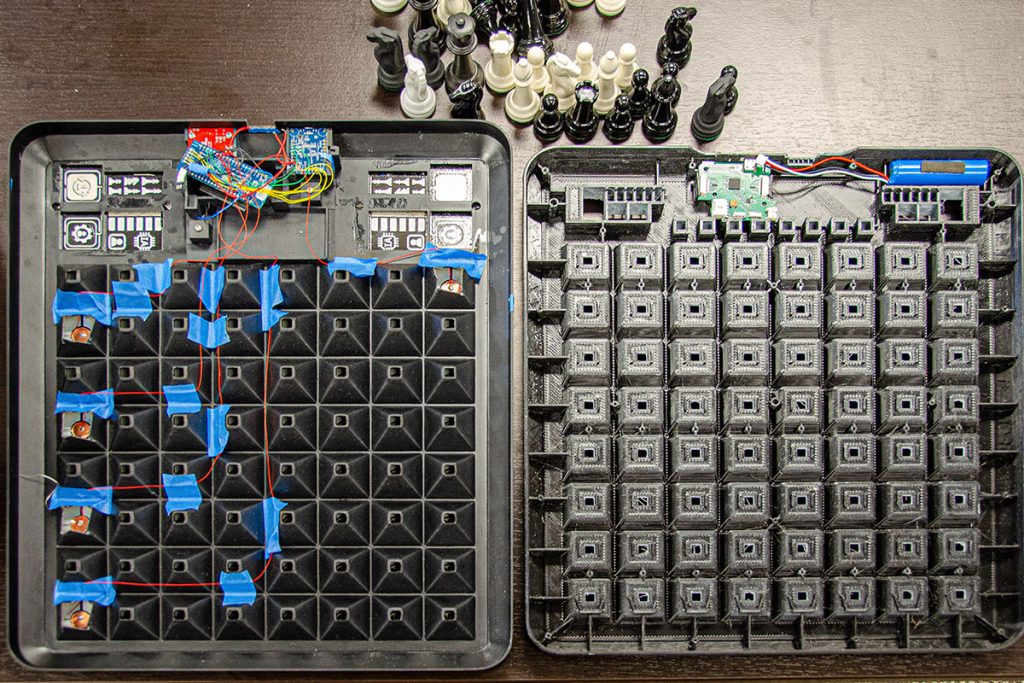 Underside of the ChessUp game board various stages of prototype.

How FireBoard Manufactures the Drive Blower
Next
FireBoard HQ update: Windows, Floors, Walls and a Video! 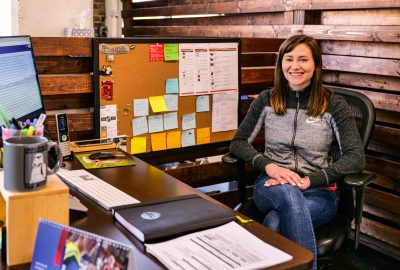 There are almost 200 parts and components in just a single FireBoard thermometer. Along with our other products, we are dealing with hundreds of thousands… 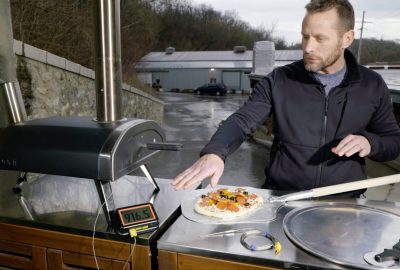 The Science of Thermocouples

As our company name suggests, FireBoard Labs is a company focused on learning, researching, and developing technology.  In some cases, we’ve had to learn the… 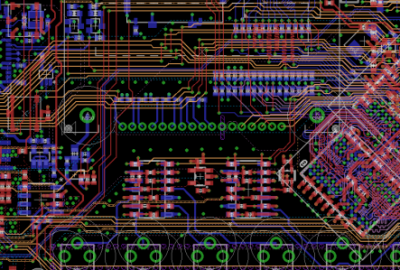 From Page to Product

Taking a product from concept to consumer is no easy feat. It starts with an idea, but how do you bring it to life? For…